VANCOUVER, Wash., April 18, 2017 /PRNewswire/ — In honor of the one year anniversary of Pop icon Prince‘s passing, RMA (Rogue Music Alliance) is releasing a special six song EP titled DELIVERANCE, of new, undiscovered studio recordings from 2006-2008 this Friday, April 21.  The title track, «Deliverance,» is available now on iTunes and Apple Music.  The pre-order for the EP is also available now on iTunes, Google Play and Amazon. 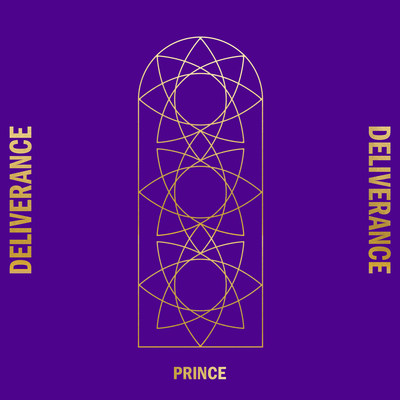 The EP disc version of DELIVERANCE will be released nationwide on June 2 at Walmart, Target and other major brick and mortar stores.

DELIVERANCE features six previously unreleased tracks:  «Deliverance,» «Man Opera,» which includes a four-movement medley:  «I Am,» «Touch Me,» «Sunrise Sunset,» «No One Else;» and an extended version of «I Am.»  The songs were written and recorded when Prince was an independent artist, protesting what he saw as an unjust music industry.  In the spirit of that independence, and in supporting Prince‘s opinion of major label contracts, DELIVERANCE is being released independently via RMA, a Vancouver, WA based record company.  The majority of all sales of DELIVERANCE will benefit Prince‘s estate.

Prince, and Ian Boxill (2Pac, Gladys Knight, Janet Jackson, Bone Thugs-n-Harmony, multiple award winning Prince albums), co-wrote and co-produced all of the tracks beginning in 2006. After Prince‘s untimely passing, Boxill continued their work by spending the past year completing the compositions and arrangements, finishing the production and mixing the songs.

Says Boxill, «I believe ‘Deliverance’ is a timely release with everything going on in the world today, and in light of the one-year anniversary of his passing. I hope when people hear Prince singing these songs it will bring comfort to many.»  He continues, «Prince once told me that he would go to bed every night thinking of ways to bypass major labels and get his music directly to the public.  When considering how to release this important work, we decided to go independent because that’s what Prince would have wanted.»

RMA‘s vision is to provide label-like services in a model which doesn’t acquire, lock up, and own the work of artists, forever keeping them from owning the rights to their creative property, but rather seeks to create literal partnerships with artists in the joint venture of their work. RMA is a model in which the record label never makes more money from the artist’s work than the artist does.  RMA operates as a hub of label-esque services partnering with artists to form their own micro label, seeking to inspire other artists to step outside the status quo.

For more information check out:

To view the original version on PR Newswire, visit:http://www.prnewswire.com/news-releases/new-undiscovered-prince-recordings-to-be-released-this-friday-with-deliverance-ep-300441519.html