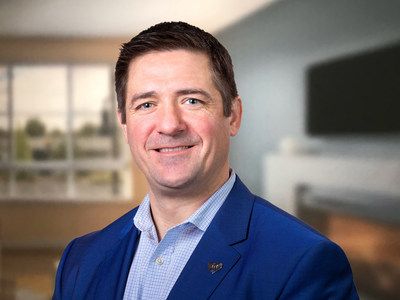 Colard joined Weidner in 2006 and has helped grow the company through acquisitions to number 14 on the National Multifamily Housing Council’s list of top apartment owners.

Over the past 14 years, Colard has moved up the ranks within Weidner’s Finance and Acquisition department, continually expanding his contributions to the team.  In 2016, he joined the Executive Team where he has been a strong voice and contributed to the strategic leadership of the company.

«One of Kevin’s greatest accomplishments is the national network of real estate brokers that he has helped cultivate, which recognize Weidner as a «Best in Class» buyer throughout the country,» said W. Dean Weidner, founder, and president.  «This reputation has been earned by Kevin and the rest of the Finance and Acquisitions team by delivering a strong track record of closing on time, every time.  This pristine standing in the marketplace has provided an invaluable edge to help consistently «win» deals in a very competitive landscape that is packed with other very qualified buyers.»

Founded in 1977, Weidner Apartment Homes offers residents and associates stability in an ever-changing economic climate.  With more than 280 buildings and 56,500 units both owned and managed throughout the US and Canada, Weidner is currently ranked as the 14th largest apartment owner in the nation.

« Food Safety Attorney, William Marler, calls on U.S. FDA and CDC to confirm or deny Canada’s decision that the cause of the Salmonella Outbreak is Red Onions from the U.S.
UnCruise Adventures is The Only Small Boat Operator Leading Bucket List Travel in Alaska This Season. Focus is on Safety and the Sustainability of Untourism. »