SEATTLE, June 13, 2019 /PRNewswire/ — The EndBrainCancer Initiative (EBCI) held its 8th Annual «Brains Matter» Dinner on May 15th raising $57,500 for its work. The «Hopeless to HOPE» campaign was announced. The goal of this multi-year campaign is to bring new clinical trials for brain cancer to the Greater Puget Sound area and offer more treatment options for brain cancer patients. 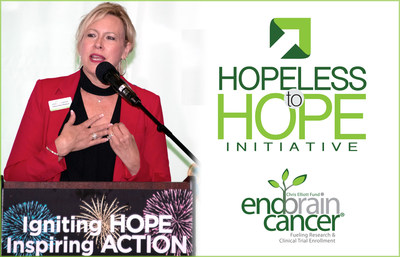 Annick Desjardins, M.D., Duke researcher and neuro-oncologist, served as Keynote Speaker for the event. Dr. Desjardins is best known for her work with the re-engineered poliovirus to treat recurrent glioblastoma, rGBM, covered on the CBS News 60 Minutes program in 2015 and on a followup on a CBS News segment. Having received breakthrough status with the FDA in 2018 (supported by advocacy from EBCI), the treatment approach is being studied in sites around the United States. Dr. Desjardins noted the challenges and hopes with the research where, as with other immunotherapies, some patients respond while others do not. A major goal of this research is to explore what is required to ensure that many more patients respond to the poliovirus therapy and thereby create many more long term survivors.

Facilitated by EBCI and presenting sponsor, AbbVie, the main event was preceded the evening before with a dinner where discussion ensued among regional brain cancer researchers and Dr. Desjardins about the feasibility of bringing a clinical trial for the modified poliovirus therapy to the Greater Puget Sound area. «We are laser focused on advocating for new clinical trials to be made available to brain cancer patients in our area,» commented Dellann Elliott Mydland, President and CEO of EBCI. «Together we are working on finding the philanthropy and establishing the best clinical context on the ground. I am pleased with our progress.» Mydland amplified this theme in the main dinner event where she announced and explained the broader «Hopeless to HOPE» campaign.

The May 15th dinner included a personal story and call to hope from Ken Kirkpatrick, a local brain cancer survivor. EBCI also awarded Kristen McQueen the 2019 National HOPE Award presented by Novocure. Kristin was selected following a national outreach campaign to nominate a brain cancer patient who most embodies HOPE. In her remarks Kristin explained how she gives back by helping children with cancer at Camp «Mak-A-Dream» concluding, «A brain tumor changed my life, but it doesn’t define how I live it.»

The «Brains Matter» Education, Awareness, and ACTION Dinner benefits the national programs, direct patient services, and advocacy work of the EndBrainCancer initiative (EBCI). People can still give to this campaign which has a goal of $75,000. 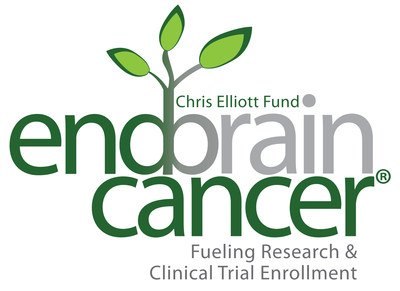