Under Abinader's leadership, the Dominican Republic is set to form stronger economic and diplomatic ties with th e US. 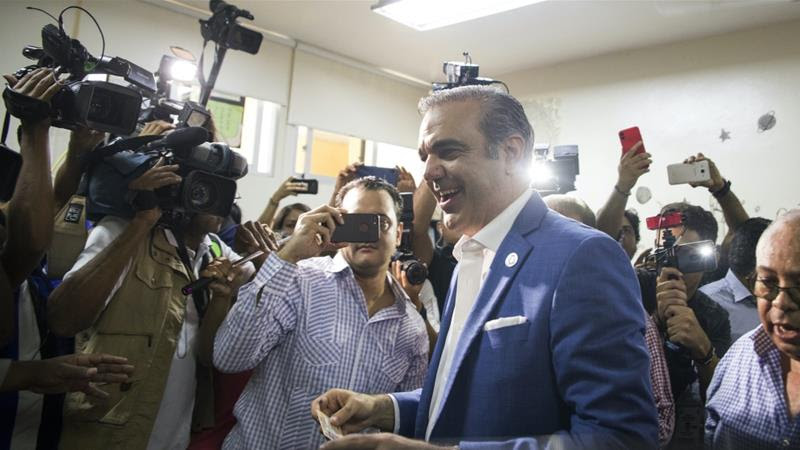 Abinader's inaguration marks the start of a new era not only for the Dominican Republic, but also for Dominican-US relations, writes Romero [Tatiana Fernandez/AP Photo][/caption]
(Al Jazeera)- Earlier today, Luis Abinader was sworn in as the 54th President of the Dominican Republic. While only a limited number of people were allowed to attend the inauguration ceremony in Santo Domingo due to COVID-19 restrictions, a high-level American delegation, led by Secretary of State Mike Pompeo, was there to demonstrate Washington's support for the Caribbean nation's new leadership. President Donald Trump's decision to send his secretary of state, who many Dominicans affectionately call "Big Mike", to the inauguration ceremony, signals the beginning of a new chapter in US-Dominican relations, based on increased economic and diplomatic cooperation.

Washington's public show of support could not have come at a better time for the Dominican Republic.

On July 5, amid a worsening pandemic and looming economic crisis, Dominicans successfully elected Abinader as their new president, and unseated the Dominican Liberation Party (PLD), which has ruled the country for 20 of the past 24 years.

But change did not come easily. Last year, a faction within the PLD tried to introduce a constitutional amendment that would have removed the hurdles to incumbent President Danilo Medina seeking a third consecutive bid for the presidency.

As these efforts to remain in power beyond constitutional term limits triggered legitimate concerns about the future of Dominican democracy, Pompeo called Medina to remind him of the importance of "preserving democratic institutions, and adherence to rule of law and the constitution, particularly in the lead-up to the 2020 elections". Just a few weeks after the July 10 phone call, Medina relented and announced his decision not to seek re-election. With Medina out of the picture, the PLD failed to come up with a candidate who could win the 50 percent of the vote to secure the presidency, and Abinader easily claimed victory.

Pompeo's call paved the way for the Dominican Republic to turn the page on one-party rule, and start dreaming of a better future shaped by democracy and transparency rather than corruption and dogged inequality.

However, the Dominican people are still facing significant challenges. The coronavirus pandemic shows no signs of slowing down on the Caribbean island, with more than 85,000 confirmed cases and at least 1,400 deaths. The country's all important tourism industry, meanwhile, has been battered by the travel restrictions imposed to curb the spread of COVID-19.

To successfully control the virus and revitalise the economy, the new Dominican president will need Washington's continued support. By sending a high-level delegation to Abinader's inaguration ceremony, the Trump administration demonstrated not only that it is aware of this need, but also that it is eager to work more closely with Santo Domingo in the coming years.

During his time in Santo Domingo, Pompeo will hold meetings with officials from the new leadership and take the first steps to reset his country's relations with the Dominican Republic. The Secretary of State's efforts to increase cooperation between the two countries will likely focus on four main issues:

1- Economy: The Dominican Republic is one of the fastest-growing economies in the Latin America and the Caribbean (LAC) region. With most of its agricultural and mining exports destined for the US, the country has the potential to become a nearshore logistics hub for the US. By increasing their cooperation on regional port security and drug trafficking, Washington and Santo Domingo can incentivise private companies to invest in the logistics sector in the Dominican Republic, and secure significant profits for both countries.

2 - Dominican diaspora in the US:  There are more than two million Dominicans living in the United States, and many of them still have strong ties to their country of origin. They not only regularly travel to the Dominican Republic and vote in its elections, but also send remittances worth billions of dollars.

The Dominican diaspora is also a considerable political force in the US. They not only own and operate countless successful businesses and contribute economically to their local communities, but also actively participate in local and national politics.

Dominican-American voters in the US, especially in swing-states like Florida and Pennsylvania, are an important audience for Republicans and securing their support could help Trump secure another term in office in the November elections.

3 - Baseball: No attempt to strengthen relations between the US and the Dominican Republic can be complete without a mention of the shared pastime of the two nations, baseball.

This year, a record 110 players from the Dominican Republic were on Opening Day rosters across Major League Baseball (MLB) in the US. Nearly all MLB teams have baseball schools or talent scouts in the Dominican Republic, which provides a strong starting point for future collaborations between the two nations in sport and education.

4 - Regional and global politics: The US needs Dominican support to limit China's growing influence in the LAC region and keep the Venezuelan regime cornered. The Dominican Republic already showed that it can stand against the tide and support the US against the world on the international arena this week at the UN Security Council by casting the sole vote in favour of a US resolution aiming to indefinitely extend the global arms embargo on Iran. Under Abinader's leadership, the Dominican Republic will likely join Mexico, El Salvador and Guatemala in benefiting from stronger relations with the US. In return, Santo Domingo will most certainly continue supporting the US on all international platforms and become a trusted ally to Washington in the LAC region.

While it was the Trump administration that made the Dominican Republic a foreign policy priority in the region, there is no reason to expect the rapprochement started by Trump and his point-man Pompeo to come to an end if the White House changes hands after the November election. Everyone in Washington, including the presumptive Democratic presidential nominee Joe Biden, knows that the US has a lot to gain from strengthening its ties with the Dominican Republic in the coming years.

Therefore, Abinader's inaguration marks the start of a new era not only for the Dominican Republic, but also for Dominican-US relations.

The views expressed in this article are the author's own and do not necessarily reflect Al Jazeera's editorial stance. 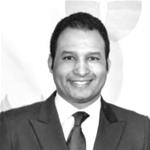 Geovanny Vicente Romero is a political strategist, international consultant and lecturer based in Washington, DC. @ GeovannyVicentR