SEATTLE, May 1, 2017 /PRNewswire/ — Just seven months after shipping Joule®, the world’s smallest and most powerful sous vide immersion circulator, Seattle-based startup ChefSteps® (www.ChefSteps.com) announced it is celebrating a major milestone. «We’re thrilled to share that the community of Joule owners has wildly exceeded our expectations and cooked over one million meals since the launch of Joule at the end of 2016,» says Chris Young, ChefSteps CEO and co-founder. «It’s clear that Joule owners love to cook with Joule, with over 40 percent of owners cooking at least once per week, every week.» The company surpassed the one million mark this month, after launching the product in late September 2016. At this rate, Young predicts Joule owners will cook over five million meals by the end of this year. 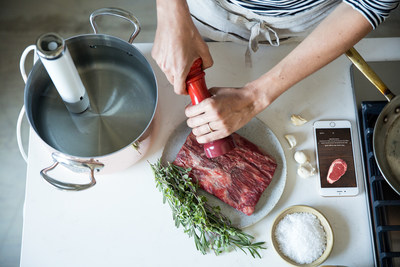 In an era when many smart device companies have struggled to build a truly useful device for the home kitchen, Joule cooks are discovering that their sous vide tool helps them cook more often and get better results—with less stress.

Joule is controlled by a smartphone—or just about any other internet-connected device— through a content-rich mobile app that earned early critical acclaim. Winner of the Red Dot Design Award, Joule was listed as one of Wired‘s «Best Gear and Gadgets of 2016,» and reviewers lauded its video-based, step-by-step guides and unique features like Visual Doneness™—swipeable videos that show you how your meat, chicken, fish, or vegetables will turn out at an array of temperatures.

And Joule is the first kitchen product that regularly improves through frequent over-the-air updates. We’re continually adding more content centered around the interests of our community, but we’ve also responded with exciting new ways for them to interact with Joule: hands-free cooking with Amazon Alexa, communicating with Joule through Facebook Messenger, and starting Joule directly from recipes on ChefSteps.com. We’ve improved heating speed to get dinner on the table faster, and introduced a silent-running update for when you’re cooking through the night.

«At ChefSteps, we’re devoted to listening to our community and shipping updates that make their experiences better,» says Young. «The one-million-cook milestone is a chance to celebrate the success the community is having with Joule, but also an opportunity to really listen to them, to understand their problems and successes, and to respond by improving our products to make them even happier in their kitchens.»

Pricing and Availability
Joule is available on ChefSteps.com, Amazon.com, SurLaTable.com, and in select Sur La Table stores. The Joule app is available to download for free through the App Store and Google Play. To learn more about Joule go to www.chefsteps.com/joule.

About ChefSteps
Founded in 2012, ChefSteps is a Seattle-based food and technology company on a mission to help people cook smarter. ChefSteps.com and the ChefSteps apps are designed to inspire creativity and encourage experimentation in the kitchen through high-quality interactive content, techniques, tools, and resources. The ChefSteps team is made up of many voices (50 and counting), including chefs, scientists, photographers, writers, and engineers—and we all come to work each day with one thing in mind: helping you cook confidently. (We call this «cooking smarter.») What does cooking smarter mean? It means you know more about how cooking works, so when you go to make food, you can just relax and enjoy it. It means you have the knowledge, tools, and inspiration to cook more great food, more often. Why do we do all this? Because the more you know about cooking, the better you get at it. And the better you get at it, the more fun it is. We think cooking and eating together makes us better humans, and we want to share that belief with the world. Learn more about ChefSteps and Joule at www.chefsteps.com. 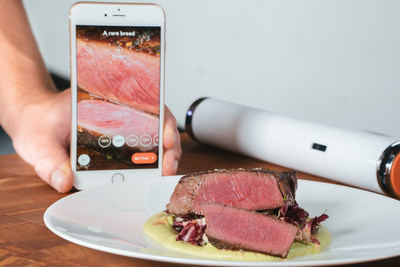 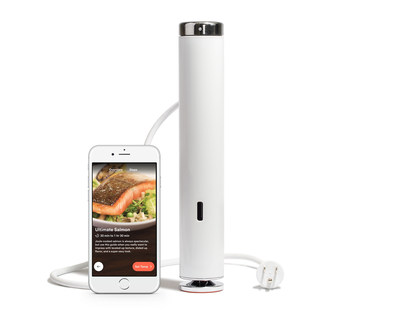 To view the original version on PR Newswire, visit:http://www.prnewswire.com/news-releases/chefsteps-celebrates-one-million-meals-cooked-with-joule-300447807.html